The store will not work correctly in the case when cookies are disabled.

We use cookies to make your experience better. To comply with the new e-Privacy directive, we need to ask for your consent to set the cookies. Learn more.

Where it all began... 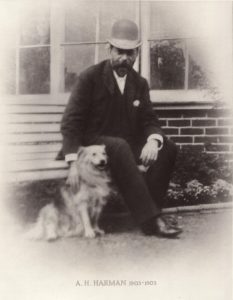 Like many success stories it had a modest start with Alfred Harman making Dry Plates in the basement of his house in Ilford. However, this was just the beginning of what was to become one of the oldest and most recognised brands in the photographic industry.

The story was not without its highs and lows. Harman sold what was then the Britannia Works Company in 1897 due to ill health before the ILFORD name was first officially introduced in 1902.

ILFORD Ltd was then incorporated into Selo Ltd in 1920 and as the company grew over the decades that followed it went through several changes of ownership including ICI, Ciba, International Paper Corporation of America and Doughty Hanson.

The introduction and growth of digital photography beginning in the late 1990’s and early 2000’s impacted the photographic film industry with many established companies suffering. ILFORD was no exception and in 2004/05 the company went into administration.

HARMAN technology Ltd was officially formed in 2005 by former managers of ILFORD Imaging UK Limited. The Harman name was used in recognition and honour of the founder of the original ILFORD company and the goal was to keep black and white film photography alive.

At the same time the company began trading as ILFORD PHOTO and acquired the facilities in Mobberley, Cheshire, England (formerly the Rajar factory which was originally purchased in 1928 and had been the UK headquarters of ILFORD since 1983).

The company continued to invest in technology and equipment as well as R&D to ensure the continued production of the much loved ILFORD black and white films, papers and chemistry. In addition, as world leaders in silver crystal growth, the company began to explore exciting new applications in other fields.

In 2015 HARMAN technology Ltd / ILFORD PHOTO were purchased by Pemberstone Ventures Ltd. The investment and backing of Pemberstone ensures the continued growth and commitment to black and white film photography as well as the exploration of new technologies and applications.

For more on the history of ILFORD visit the history page on ilfordphoto.com or the ILFORD Chronology on PhotoMemorabilia.co.uk.